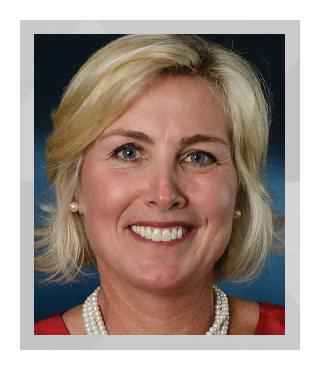 After earning her Master of Science in Nursing from Hunter College, where she received an award for Excellence in Clinical Practice, Ms. Mahoney went on to earn an Acute Care Nurse Practitioner Post-Master’s Statutory Certificate from Columbia University School of Nursing. Ms. Mahoney expects to receive her Doctorate in Nursing Practice from Case Western Reserve University in Ohio in December 2020. She is actively involved in numerous professional organizations, including the American Association of Critical-Care Nurses, the Greater New York Organization of Nurse Executives and Leadership, and the Healthcare Association of New York State-Cornell Academy for Healthcare Leadership Advancement. Her research has been published in The American Journal of Critical Care and Chest.

Ms. Mahoney is published in nursing literature with a focus on improving nurse-physician communication in the Intensive Care Unit using a standardized worksheet. She has directed a LEAN project focused on decreasing the incidences of C. difficile in a Medical Intensive Care Unit. During 2012, she facilitated the performance of two unit initiatives – the Comprehensive Unit-based Safety Program (CUSP) and Island Peer Review Organization’s (IPRO) Scope of Work (SOW) Patient Safety Initiative Project to improve individual patient care by reducing health-care associated infections (CLABSIs). In 2016, she assisted with the implementation of the required elements for the New York State Care Act.

Ms. Mahoney humanitarian efforts include a medical mission to Puerto Rico in the aftermath of Hurricane Maria in 2017. A desire to work with young people resulted in volunteer work in Micronesia with the Jesuit Volunteer International, where she taught science, mathematics, and English to young people. She also works annually with A Walk on Water, an organization that provides surf therapy to children with special needs and disabilities, providing them a day of joy on the water.