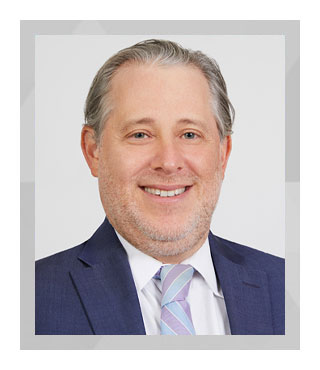 Dr. Lorin was named President of Mount Sinai Brooklyn in May 2018 after serving as Chief Operating Officer and Chief Medical Officer of the hospital, roles in which he was responsible for overseeing and ensuring clinical operations, quality improvement, and patient safety consistent with the mission and vision of the Mount Sinai Health System; stimulating and leading programmatic growth; and driving performance improvement, clinical throughput and quality initiatives.

During his tenure as Chief Medical Officer, Mount Sinai Brooklyn achieved distinctions including the Get With the Guidelines Gold Plus Stroke Award, top decile performance in New York State sepsis care initiative, and becoming a leader in C. difficile rates in New York State, along with significant reductions in mortality and readmission rates. As Chief Operating Officer, Dr. Lorin led a successful survey for The Joint Commission in 2017, the deployment of EPIC in the Emergency Department, and the completion of a new lobby. In addition, he oversaw the opening of an Ambulatory Infusion Center and pharmacy, the invigoration of clinical programs such as Thoracic Surgery, Critical Care, and Interventional Radiology, and the introduction of a Robotic Surgery Program.

Dr. Lorin is board certified in internal medicine, pulmonary medicine, and critical care medicine. He completed his Internal Medicine residency in 1998 and Pulmonary and Critical Care Medicine fellowship in 2001 at The Mount Sinai Hospital, and went on to hold multiple leadership positions there, including Director for the Pulmonary, Critical Care, and Sleep Medicine fellowship from 2001-2011; Acting Chief for the Division of Pulmonary, Critical Care, and Sleep Medicine from 2008-2011; Vice Chair of Education and Internal Medicine Residency Program Director from 2011-2012; and Director of the Medical Intensive Care Unit from 2012-2014. While at The Mount Sinai Hospital, he created the first comprehensive Critical Care clerkship for medical students and was able to secure the first human patient simulator owned and operated by a department of medicine in the country. Through a partnership with General Electric, he was one of the first in the country to lead the introduction and implementation of handheld ultrasounds to all Internal Medicine residents for daily use of this innovative technology.

While at The Mount Sinai Hospital, Dr. Lorin successfully developed the rapid response team for the Department of Medicine, chaired the CPR Committee, and led the Stop Sepsis Program. Under his leadership, sepsis mortality decreased by almost 50 percent over two years through an innovative electronic medical record model for early warning and a sepsis response team. As Director of the Medical Intensive Care Unit, he put quality initiatives in place that improved patient outcomes, including zero central line infections, lower intensive care unit (ICU)-acquired infection and pressure ulcer rates, reduced duration for mechanical ventilation, and early identification of delirium in high-risk populations in the ICU.

Dr. Lorin earned his MD from the Sackler School of Medicine in Tel Aviv, Israel. He completed an MBA at the New York University Stern School of Business in 2013 with a specialization in management. His research interests include how to transform health care microsystems into frontline high performing units through the use of operation management tools—such as six sigma, lean, and queuing—and innovation with a focus on critical care medicine. His research demonstrating how operation management tools can improve quality outcomes in critically ill patients has been presented at the American Thoracic Society and the Institute for Healthcare Improvement conferences.