As an airport baggage handler, Debbie Ramcharan expected back pain, but, when the pain worsened and her legs failed, she turned to Mount Sinai

In 2009, Debbie Ramcharan, 34, was working as an airline baggage handler when she began experiencing lower back pain. She attributed her pain to lifting heavy luggage. The pain intensified, however, and, toward the end of the year, it became so severe that Debbie sought treatment at the emergency room. 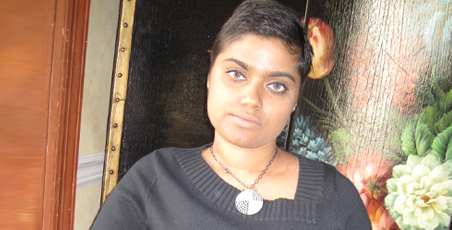 An MRI of Debbie's lower back revealed the cause of her pain — a large, destructive metastatic lesion involving the L1 vertebra. Debbie was scheduled for back surgery. Just days before her surgery, though, she fell, losing all function in her legs (paraplegia).

But Debbie's treatment was not complete. Debbie had also been diagnosed with lesions in her sternum, ribs, and breast. Because Debbie performed so well with chemotherapy and radiation, her team of physicians determined that her remaining lesions were treatable.

Debbie underwent additional surgery to remove her remaining tumors. She continues to do well, walking without difficulty and with minimal back pain.