Together, My Mount Sinai Team and I Overcame My Hepatitis C Infection

My name is David. My medical saga began in 1993, when I seroconverted to HIV positive status. Six months later, I contracted an opportunistic infection, was diagnosed with AIDS, and was informed I had six months to live. Despite some lengthy hospitalizations and daily handfuls of AZT, I hung in there. 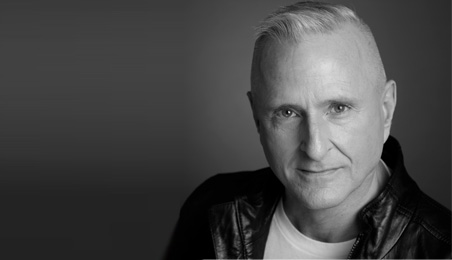 With the advent of protease inhibitors in 1995, the course of the disease changed. I became virally undetectable and was given a new lease on life. I continued to work during this period but took a sabbatical in late 1996 because of recurrent depression. During that interruption of work, I discovered intravenous drugs and became addicted to methamphetamine. My life rapidly coursed downward; I learned that I had contracted hepatitis C through the use of dirty needles. Although asymptomatic, I knew that the illness could progress to cirrhosis or cancer. I was ready to beat this thing!

On an Unrelenting Mission to Conquer Hepatitis C

Soon after the diagnosis, I got clean, moved to New York City, and hunted down the very best doctors. I found Douglas Dieterich, MD, who deals with liver issues, and Michael P. Mullen, MD, who managed my increasingly finicky HIV. I took Dr. Dieterich’s recommendation to enter a trial using pegylated interferon and Ribavirin. I became undetectable but broke through at 37 weeks. The year after, I pressed for another treatment with the same outcome – relapse after 23 weeks.

My hep C progressed clinically with further elevation of LFT’s and increased fibrosis. A 1A genotype combined with HIV co-infection with HIV made treatment more difficult, but the doctors came up with a thoughtful plan that required close coordination with infectious disease.

After the FDA approved Incivek in May 2011, I began triple drug therapy at The Mount Sinai Hospital, using Pegasys, Ribavirin, and this new compound. Dr. Dieterich and his staff went to great lengths educating me about the drug and preparing me for possible side effects. I was seen promptly at each appointment and never felt rushed.

When I became undetectable at week 9, I began to experience profound fatigue, unrelenting diarrhea, insomnia, and dehydration. My team promptly ordered meds to reduce these symptoms. I then developed severe anemia incompletely responsive to Procrit. After 17 blood transfusions over several months and repeated reductions of Ribavirin, the anemia improved. Then, there were the fevers (104-105 degrees), which occurred erratically until treatment ended at 46 weeks.

Throughout this whole ordeal, the Mount Sinai doctors and support staff (particular praise for nurse practitioner Michel Ng) took excellent care of me. All my calls and emails were answered promptly; Michael even called me at home over weekends to monitor my condition. I am deeply grateful for their extraordinary level of professionalism and support.

Cleared of Hepatitis C and Living Well, Thanks to My Team of Experts at Mount Sinai

Now 10 months post-treatment, I am virus-free and remarkably healthy. I was highly motivated to beat hep C, but I needed the expertise of Dr. Dieterich, Dr. Mullen, and the well-orchestrated liver support team to realize my goal. I will always be indebted to them for their loving care.